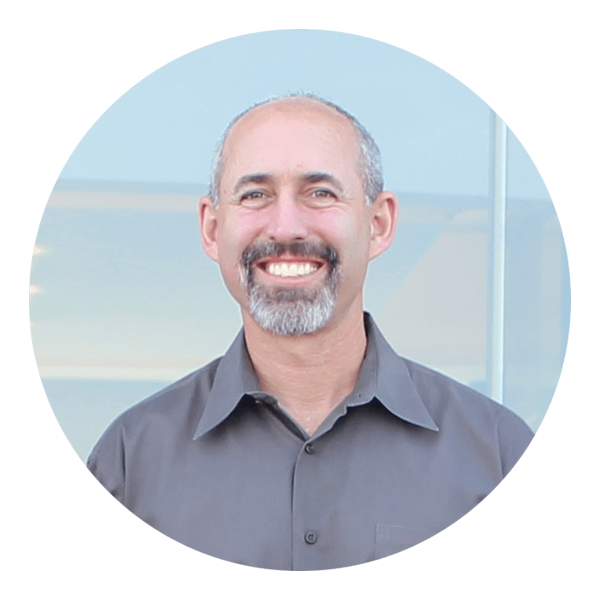 With over 20 years of California Lemon Law experience, Jon has the professional background and experience to get you the best result. He sold cars at a major Bay Area dealership to pay his way through law school. After graduating he defended car dealers, but a few years later switched sides and began representing consumers in Lemon Law and dealer fraud matters, finally opening his own office in 2003. Since then he has resolved more than 2,000+ Lemon Law cases as a successful California Lemon Law attorney first serving the Sacramento metro area but now all of California. Jon is a true car guy, driving the same supercharged 2006 Mustang Saleen Convertible he’s had since new. And with manufacturers making cars ever more powerful, when it came time add a “chase car” to participate in manufacturers’ vehicle inspections he bought American again, this time going with an American Supercar – a 2016 Chevy Corvette Z06. Remember, American cars mean American jobs. With all the crazy stuff going on in the world lets make every effort to keep America strong. 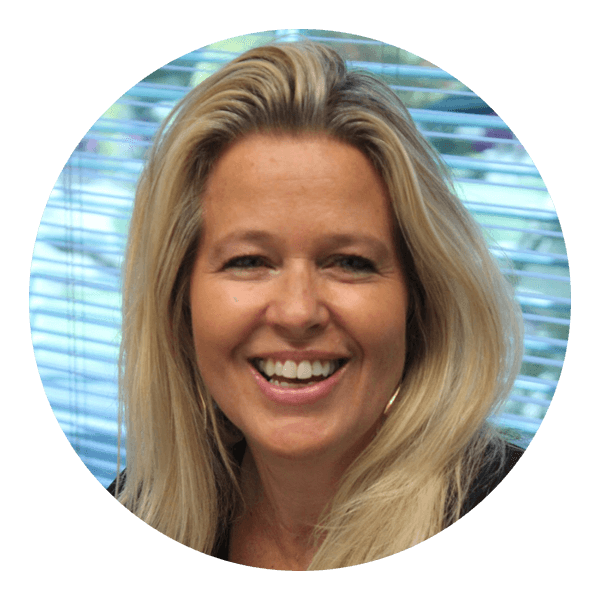 Kathy brings over 15 years of professional experience as a paralegal and office manager. She grew up around the car business with her Dad who has owned a new car dealership in New England for over 30 years now, in a small town where reputation is key. With a background in both the car business and in running a law office she is a perfect fit for this lemon law office and to help you. Kathy knows where the dealer fits into the process and created the saying in our office “Don’t blame the dealer.” She brings compassion and understanding, and is here to help you and can work with you and your dealer to advance your case against the manufacturer. 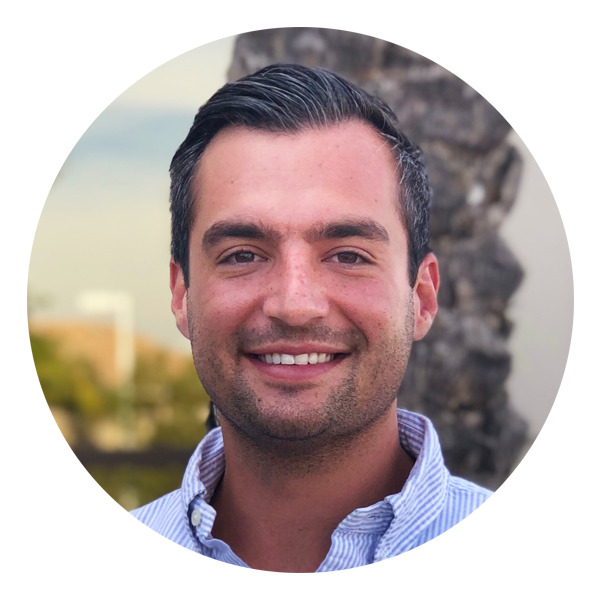 Chad A. David graduated from the University of San Diego School of Law where he received his professional Juris Doctor with a concentration in Civil Litigation. He graduated from the University of Southern California where he received his Bachelor’s degree in Political Science with a minor in Business Law. In law school, Chad was very active in competing for his school’s Moot Court teams, provided over 100 pro bono hours of legal professional work to clients, co-founded the school’s chapter of a consumer advocacy group, and served as president of the school’s Golf Law Society.

Prior to joining our team, Chad gained valuable professional experience in civil litigation and consumer protection by advocating for employees in class action matters and with working on various criminal cases. Chad has also spent time as an attorney teaching a Business Law course at a local college. In his free time, Chad enjoys golfing, kayaking, cooking, and taking road trips across California.

As a member of our team, Chad has a proven record of success evidenced by his hundreds of favorable settlements for our clients and willingness to take your case to trial. 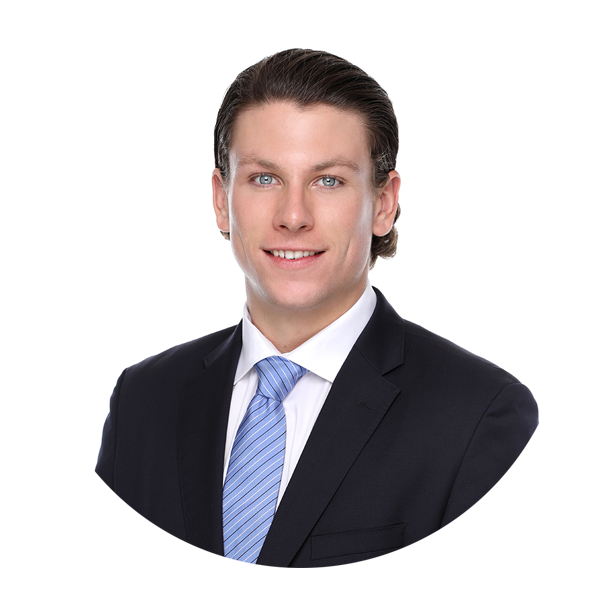 Nicolas M. Dillavou is an Associate Attorney at The Law Offices of Jon Jacobs, practicing in federal and state courts throughout the state of California. His professional practice focuses on consumer protection and California’s lemon law, professionals protecting the interests of consumers in claims against the major automobile manufacturers under the Song-Beverly Consumer Warranty Act. Prior to joining The Law Offices of Jon Jacobs, Nic was a Trial Attorney at a California lemon law firm, where he secured favorable verdicts against Jaguar Land Rover North America, LLC and Toyota Motor Sales U.S.A, Inc. in both federal and state court trials, respectively.

Nic graduated from the University of San Diego School of Law with a Juris Doctor. He attended the University of New Mexico and graduated with a Bachelor of Business Administration in Finance, with a minor in Economics. Nic was born and raised in Albuquerque, New Mexico and was dedicated to school and sports growing up. He competed on the varsity golf team during all four years of high school and was part of two state championship teams. He chose to forgo college golf and pursue his law career.

Prior to graduation, Nic served as an intern at the U.S. Securities and Exchange Commission in Washington, D.C. In this position, he investigated potential violations of the federal securities laws as a part of the SEC’s Division of Enforcement. His time at the SEC included investigations in the blockchain and cryptocurrency space, including an investigation of an Initial Coin Offering. During his last summer of law school, Nic spent in excess of 100 hours representing clients pro bono as a Certified Legal Intern at the University of San Diego School of Law’s Federal Tax Clinic. He also gained litigation experience as a law clerk for a business and real estate litigation firm in San Diego, CA during his second year of law school. While at the University of New Mexico’s Anderson School of Management, Nic helped manage the healthcare sector of the University of New Mexico Regents portfolio.

In his spare time, Nic enjoys golf, snowboarding, and personal fitness. Nic is also a member of the San Diego Blockchain Forum, an organization that joins legal leaders, academics, students, and technologists for discussion on blockchain and its global impact.” 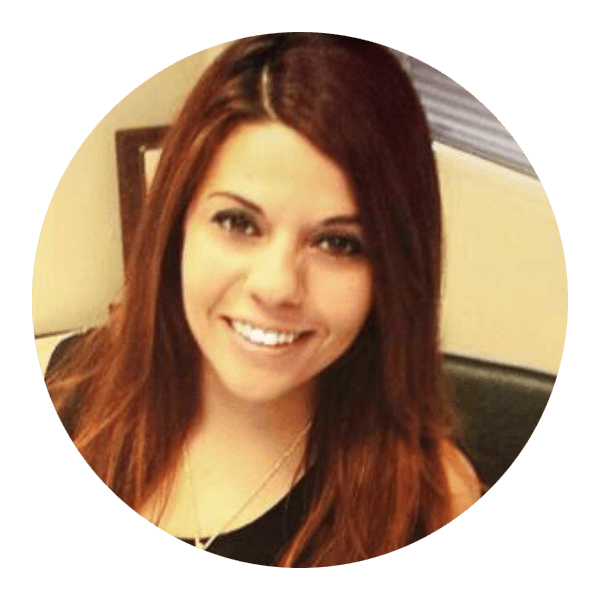 Lina Nahhas graduated from UCLA with a B.A. in Arabic. Prior to joining the Law Offices of Jon Jacobs, Lina began her career 12 years ago in Marketing for Real Estate Law Firms, and Evaluating Potential Clients for attorneys. Lina also has a professional background experience in Translating, and Interpreting in Arabic for law firms, and other institutions. My passion is to help people and get things done. I Won’t stop until our clients are taken care of. 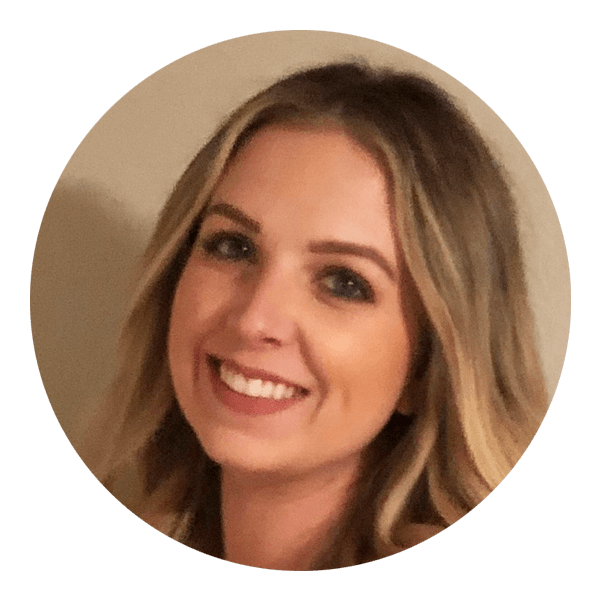 Kayla has spent a total of more than three years with our office and brings State and Federal Court professional experience. She previously worked for the U.S. Department of Justice in the United States Attorney’s office. She knows every aspect of how a California lemon law case is handled from start to finish and has been involved in hundreds of successful case resolutions. 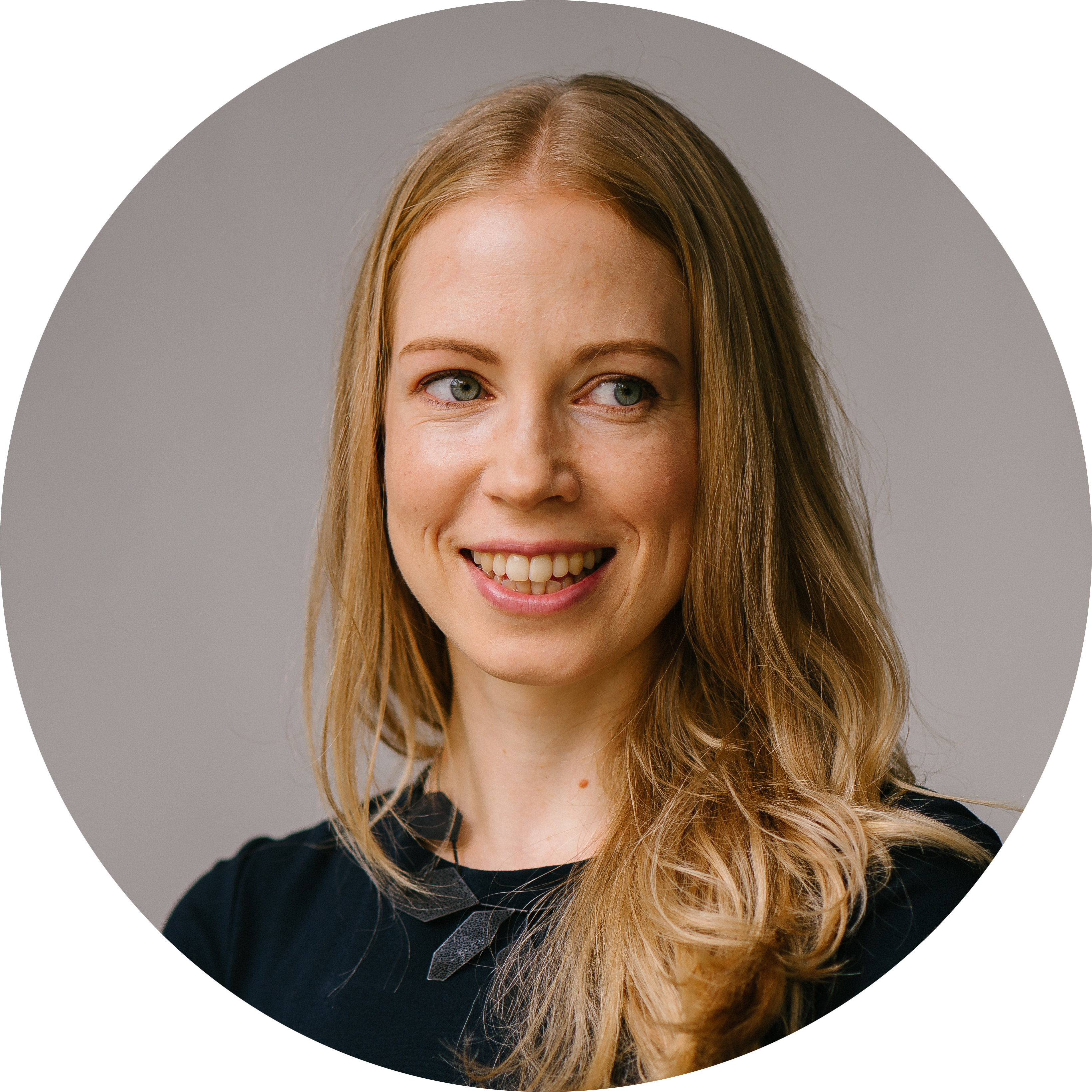 Jennifer has been with the company helping clients with a variety of areas in the buy back process. She has been the HR manager on the team for over 2 years. Her incredible attention to detail as an accountant makes her both an incredible asset to our law office, and an excellent resource for our clients. Her direct involvement with each client as our turn in specialist allows her to deliver a top tier customer experience on every account she handles. 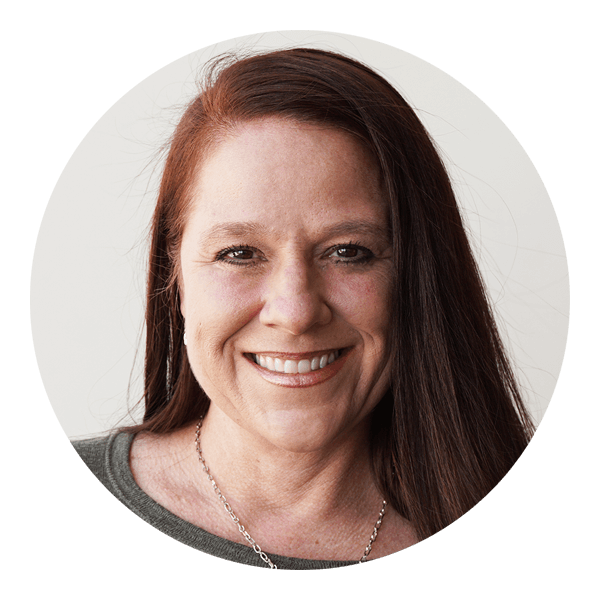 Lisa joined our firm in August 2017 as a paralegal/legal assistant. She has an Associate of Arts degree in Business Administration and Paralegal Studies. Lisa has 20 years experience in the legal field, with her main focus being in Civil Litigation. She’s been working in lemon law for 7 years. Lisa is very driven to help people, and she’s always willing to go above and beyond whenever needed. She is loyal to her attorneys and co-workers, and always aims to do her best! She’s passionate about her work and loves being a part of our team! She’s married, with 3 kids, has 3 bearded dragons and a dog named Roscoe. Life is what you make it, so make it GREAT!!!!!!! 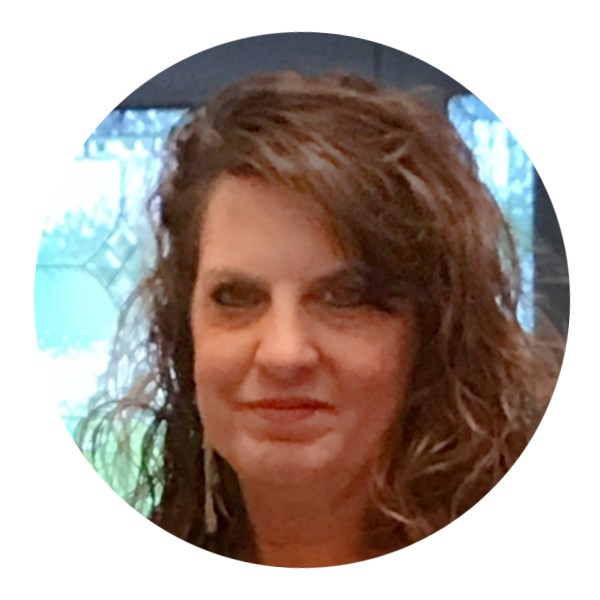 Cindy recently rejoined our Team after moving to Kentucky 11 years ago. She brings over 35 years of experience in the legal field, starting out as a legal secretary and later moving into the position of Paralegal. She is passionate about volunteering in the Louisville, Kentucky community and helping others. 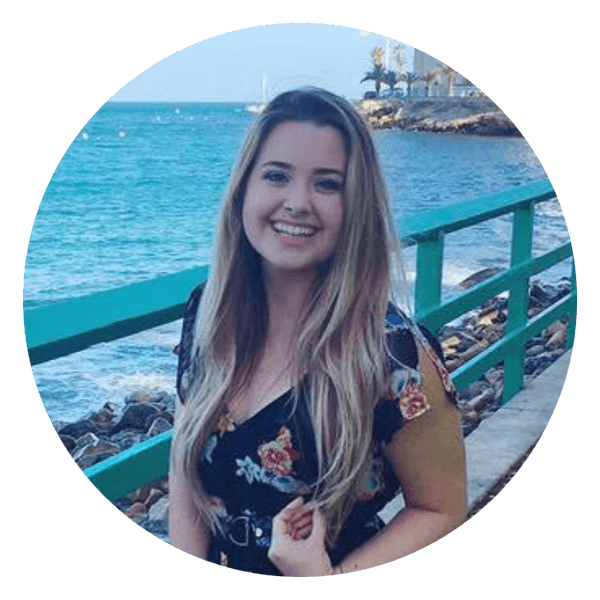 Sierra brings extensive customer service, organization, and administrative skills to our Lemon Law Team. As our Legal Assistant, Sierra assists the Attorneys and ParaLegals in the Litigation process. She has a great eye for attention to detail, and is very passionate about making sure that each and every clients’ case moves along efficiently. With five years of customer service experience, Sierra makes it her personal goal to help our clients and meet their needs throughout this process. Outside of the firm, Sierra is currently pursuing her B.A. in Psychology, and is excited to continue moving forward in her education. In her spare time, Sierra enjoys hiking, reading, and playing at home with her cat, Charlie! 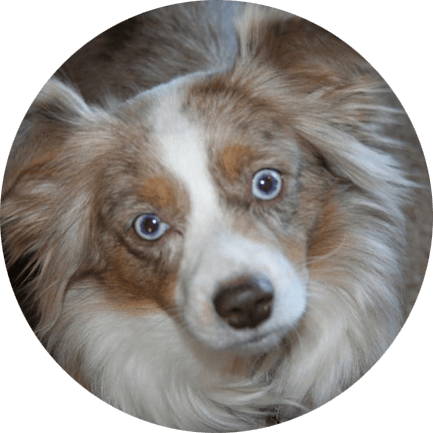 Anna’s the first minnie aussie to hang out in the office. Her pretty blue eyes melt stress and her spunk keeps us on our toes! 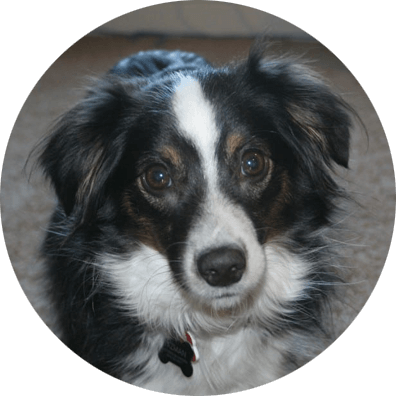 Taz is a rescue dog, we saved in early 2013. He’s a minnie aussie who is now best buddies with and inseparable from AnnaBelle. Taz is a bit of a spaz but so full of love.

Leave us your contact information, and we will call you within 24 hours or less!